Home Food 15 Most Popular and Demanding Food in Train 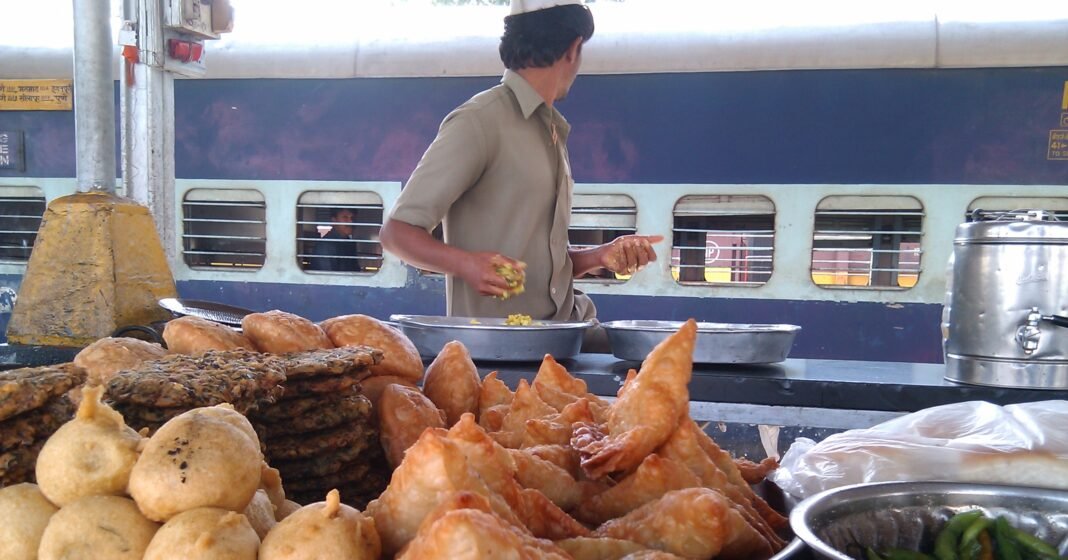 The greatest and most well-liked cuisine is served to passengers by Indian Railways’ e-catering partners. Passengers can now enjoy well-known delicacies from all over the world while traveling on trains thanks to the IRCTC’s approval of food aggregators like RailRecipe.

Passengers had to rely on the pre-existing menus in the past when food on train was exclusively provided by Pantry cars. However, the development of IRCTC-approved e-caterers has altered how passengers now enjoy a variety of cuisine aboard trains.

The train trip has traditionally been associated with trying new foods. Some common dishes conjure memories of wistful train rides. Samosas, Bhunja, Rabri, Lassi, and tea were a few of the common and easily accessible snacks on trains in the 1990s. However, there is now a broad variety of food available to travelers, including pizza, biryani, and paratha. Additionally, they favor restaurant cuisine over traditional foods.

Pizza is an indulgent, savory, and creamy Italian cuisine. It is also the food that is most frequently ordered through food delivery apps. Margherita Pizza was created in Naples in honor of Italy’s unity in the early 1800s. This pizza with mozzarella cheese is mouthwatering and impossible to resist.

Pizza orders on trains have been on the rise and are ideal for many occasions. Over Rs. 1500 crores are spent on pizza each year in India, where the market is expanding at a rate of 26%. Margherita pizza is preferred by customers above other toppings. While riding the train, treat yourself to a slice of Margherita pizza from RailRecipe

One of the most well-liked curry dishes in India is chicken curry. The finest cuisine for travelers is chicken curry, which is hot, spicy, and unbelievably flavorful. It is the tastiest meal to have on a train. Chicken curry served with plain or fried rice is what most travelers prefer. However, Tandoori roti or Naan would be the greatest accompaniment to this meal if you enjoy eating chicken in the Punjabi style.

Every state in India prepares chicken curry in a different way. Therefore, you have the choice to test a range of chicken curries from all locations using RailRecipe. While train traveling operated by Indian Railways, indulge yourself in this delectable delicacy.

All around the nation, people eat Dal Tadka, a traditional lentil dish from India. The most fulfilling dining experience would be Dhaba style desi Dal Tadka with a tempering made of oil/ghee, garlic, red chilies, and spices.

We provide many kinds of Dal Tadka at RailRecipe made with different lentils, including Arhar, Piegion pea, Masoor, urad, and Tovar. The preferred accompaniment for passengers is basmati rice or paratha.

The preferred meal on trains is the well-known Combo Rajma Chawal. With this well-known recipe, travelers pleasure with its somewhat sweet flavor. Rajma and Basmati rice have a robust flavor that will make you fall in love with them.

To make a Rajma dish in the style of Punjabis, tomato and onion are blended together. While you are on a lengthy train ride, satisfy your appetite with Rajma Chawal. With each spoonful of this recipe, you’ll genuinely feel as though the world is slipping by you.

Spicy and savory Chicken Biryani is a different well-known recipe. This non-vegetarian Biryani’s mouthwatering flavor will have you licking your lips. All around India, travelers adore eating Chicken Biryani made in the Hyderabadi way.

The delectable meal for trains is Paneer Tikka, which is made with paneer cubes that have been marinated in spices and grilled in a tandoor. The vegetarian alternative to Chicken Tikka is a favorite among railway travelers. For an authentic taste and flavor, paneer cubes are skewered with onion and tomato petals before being cooked in the tandoor.

Therefore, eating Paneer Tikka would keep you satisfied for longer if you were traveling by train. It is also a healthy option for people of all ages because it is extremely high in protein, iron, magnesium, and calcium.

Popular Punjabi cuisine features marinated chicken that is grilled in a tandoor. Tandoori Chicken is a favorite dish among Indians. It is a crazily excellent appetizer that is frequently served with lime juice. Ginger, garlic, yogurt, and the spices used to marinate it give Smoky Tandoori Chicken its flavor.

Order chicken tandoori from the IRCTC-authorised e-catering partners for the greatest quality and food safety, as it will undoubtedly make your travel experience more thrilling.

Thalis are a popular dish around the world and aboard trains. Thali is so well-liked because it resembles a cultural exploration more than a plate of food. You can enjoy the regional specialties with the renowned state-local thali.

Passengers can reserve both North Indian and South Indian Thali with RailRecipe. In addition, there are two subcategories of these two: vegetarian and non-vegetarian thalis. The thali is the most popular cuisine on trains since it has every type of dish on one tray.

The most well-known dish in Indo-Chinese cuisine is chicken lollipops. Frenched chicken winglets are used in their preparation, which involves frying them after being mixed with vinegar, soy sauce, red chili powder, salt, and garlic paste. An appetizer that will make your trip even more memorable is chicken lollipops.

Chicken Lollipops are a popular order from passengers, who like eating them while train traveling. The sluggish, mass-produced pantry fare has been replaced with the favored cuisines of e-catering partners like RailRecipe.

Served with a soft bread bun and a thick veggie gravy, your favorite Pav Bhaji is just what you predicted. Along with being a favorite street dish, it is also the preferred supper for train travel.

The sweet flavor and texture of pav bhaji are well known. Additionally, because of its amazing flavor, it is the ideal dinner for a train ride. With just one bite, a delectable vegetable and potato mash with buttery Pav will have you hooked on its flavor.

Noodles are stir-fried with either meat or veggies in chow mein. It enjoys particular notoriety in the US, UK, Nepal, India, and Nepal. However, this well-known Chinese dish is simple to find everywhere in the world. Since the IRCTC introduced e-catering services, customers adore ordering Chow Mein and relished its consumption while traveling.

There are more than 20 different variations of Chow Mein, which are smooth noodles with crunch from vegetables. Both vegetarian and non-vegetarian Chow Mein is delivered by RailRecipe on Indian Railways trains.

Veg Manchurian, one of the best Indian Chinese meals, is hot, sweet, and tangy. To make Manchurian balls, ingredients like cauliflower, capsicum, onion, Paneer, etc. are chopped and deep-fried. These balls are incredibly savory and delicious when they are sautéed with soy sauce.

Food is greatly influenced by the situation, time, place, and flavor. Why not spice up your train traveling with some delectable Veg Manchurian?

Indian cuisine is known for its paneer masala, which is creamy, buttery, and sweet. The meal is made with cashews, onions, tomatoes, and spices. Paneer Butter Masala is so well-liked because of its delicate sweetness and ideal flavor harmony. It is also among the most popular foods in restaurants as a result.

Trains are lovely, as they let you discover people and places. Take advantage of your chance to savor RailRecipe’s best Paneer Butter Masala with a side of Fried Rice or Naan. You will lick your finger after eating this dish, we guarantee it.

The recipe for Mattar Paneer, a delicious and well-liked North Indian dish, is in the Punjabi curry style. Deep-frying paneer cubes and simmering them in a creamy, buttery stew with tomatoes make up this delicious dish. Green peas give this dish a distinctive flavor and texture, and coriander leaves and kasoori methi as garnishes enhance their flavor and scent.

Mattar Paneer would be the perfect choice if you enjoy eating any traditional meal on public transportation. Install the RailRecipe app to browse its vendors’ tantalizing recipes.

Most people’s favorite breakfast for all locations and circumstances is the paratha filled with potatoes. This flatbread made of flour is equivalent to the common snack in India. However, Aloo Paratha is also widely consumed in Asian nations including Bangladesh, Pakistan, Sri Lanka, and Nepal.

Long train journeys and lunchboxes both benefit from aloo paratha. Start your journey with a crunchy Aloo Paratha from the best IRCTC e-caterer on the train.

Which Food Is Most Popular in India?

In India, the most popular foods are pizza, biryani, and thalis. More than 17 lakh pizza orders were placed through November 2020, according to information provided by well-known food aggregators.

In 2019, Indians placed more than 95 Biryani orders per minute on average. Masala Dosa and Paneer Butter Masala are the next two foods that are frequently bought online. The pattern indicates that even in 2021, demand for these foods has increased.

Which Food Is Best for Travel?

The greatest food in train journey is light like Idli Sambhar, Veggie Stuffed Paratha, and Mattar Paneer. However, the greatest choices for non-vegetarian cuisine aboard a train would be Chicken Biryani or Fish curry.

Depending on a person’s preferences, there might be a wide range of food choices. It will be better to select the cuisine that best suits you as a result. A South Indian could select Idli Sambhar or Dosa while traveling, whereas a North Indian would prefer a thali. 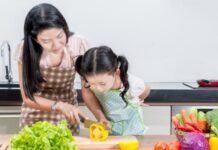 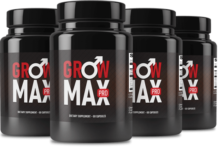 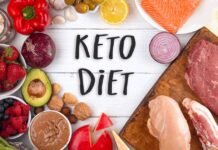