Pupil evaluation and pupil size in relation to light are two indicators that doctors may use to learn a lot about a patient. For instance, the size of a person’s pupils may be used as a proxy for the severity of brain damage.

But why do variations in pupil size matter when gauging a person’s response time? In this piece, we’ll examine what each size signifies for the patient’s well-being.

Is it normal to have pupils of different sizes?

There should be no difference in how much their pupils widen in reaction to light between the two. If they don’t, there may be an issue with the eye or the neurological system. The neurologist may check the patient’s pupils to see whether they are dilated or constricted, which may indicate anisocoria or damage to the optic nerve.

When is anisocoria normal?

Normal, physiologic, and pathological anisocoria are the three main types of this condition.

Although one pupil may be bigger than the other, typical anisocoria occurs when both pupils respond appropriately to light. Infants and toddlers often experience this, and as they mature, the problem disappears.

The disparity in pupil size resulting from the accommodation is a physiological cause of anisocoria. Therefore, one pupil is enlarged while the other is narrowed.

It is pathologic anisocoria when one pupil is much bigger than the other, and neither pupil reacts appropriately to light. This may indicate a more severe health issue, such as inflammation or brain damage.

How can the doctor determine whether anisocoria is because of an underlying medical problem?

The doctor may identify the cause of anisocoria by examining the patient’s pupils, which a doctor can conduct to rule out other conditions. Tests of vision and neurological function may be part of this checkup.

The doctor will use a portable pupilometer or a light reflex test to determine the pupil diameter measurement.

The doctor may evaluate the light sensitivity of the eyes with the use of a pupilometer. The doctor will also assess what can be seen while looking straight ahead, known as the visual field. If the patient has trouble seeing and has anisocoria, it might be due to a retinal issue or brain damage.

Anisocoria can only be evaluated by determining which pupil has a higher b. Pupils expand when light levels decrease; something may be wrong if the miotic pupil isn’t increasing as it should. Anything is wrong if your bigger (mydriatic) pupil doesn’t shrink when exposed to intense light (or grows smaller).

What causes an abnormally large (dilated or mydriatic) pupil?

If the iris tissue sustains damage during an eye injury, the pupil may not normally react to bright light and may remain open (i.e., a concussion). It’s also possible that Adie’s tonic pupil syndrome is at play here.

Women in their twenties are disproportionately afflicted by this condition, often affecting only one eye at first. Pupils have a very long reaction time when exposed to light. Many people with this syndrome also have diminished deep tendon reflexes, making it difficult to concentrate on details at close range.

Minor health problems are usually not related to the condition. Pupil dilation may be achieved using eye drops, nasal sprays, or other drugs. If you accidentally rub an ant antiperspirant wipe into your eye, you may experience some temporary dilatation of your pupils.

Finally, a pupil irregularity could come from an issue with the third cranial nerve, which links the brain and the eye. The third cranial nerve controls blinking and dilating the pupils. Common signs include a dilated pupil and ptosis (the drooping of the upper eyelid).

Since the eye is not usually moving, the other pupil may also experience double vision. In patients with third cranial nerve palsy, the doctor may wish to schedule immediate brain imaging scans to rule out more severe issues.

What are some causes of an abnormally small (miotic) pupil?

Miotic pupils might develop for several reasons. Horner’s syndrome is the most frequent; it results from injury to the sympathetic nerve fibres that go from the spine to the eye.

The neurological pupil index (NPi) is a simple and effective metric used by primary care doctors to quickly assess the integrity of the third cranial nerve. Pupil size measurement is one of the vital neurological tools that doctors use to rule out more serious neurological conditions. 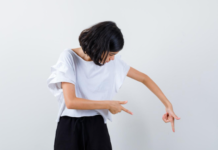 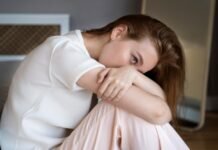 What is diazepam? Why it is best for anxiety? 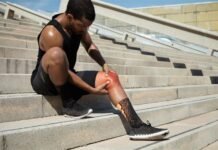